Be a Better Person

You are here: Home / Self Help / Who’s In Control of Your Emotions?

Emotional stability can be a difficult task to master. To command your emotions you need the ability to look inside yourself and pull out some of your leadership qualities to put the mind to work. Emotions are feeling-packed thoughts that stem from the heart. The heart is deceiving and will mislead the mind, thus to understand emotions you have to go deep and beyond and put your emotions to the test by understanding and controlling the heart.

Still, emotions are good-working sources provided to us through a wonderful creation. It is possible to understand the emotions, which could lead you to command the emotions and become the master of your mind. Yet, what does it take? It takes removing doubts, lies, deceit, hate, envy, and all those ugly other words out of your head and heart. If you have traps, blind spots, or tripping triggers you will not master, nor command the emotions to do anything.

Now, we can go on many levels to command and master the emotions, however we can start with the basics for now. At one time in your life, you will have to grasp a truer meaning of religion, because false religion (False Christianity) is a prime source of lies. In other words, many churches teach lies and people believe them. While there is one true religion, which is spoken of in God’s word, the fact is the majority of religious leaders teach you untruths.

The fact is superstition is a lie and the Catholics first taught it during the 1800s. Why am I telling you this? Because the mind wanders and thinks, as well, the emotions feed from the heart and mind. IF the head has lies, it will affect the heart and emotions, which in turn puts the emotions in control and you in the background trying to figure it out. Still, you have an inner child within that either helps you or else harms you.

Today we are going to work on your inner child. The inner child is the person that you left standing in childhood and that still plays a vital part in your mind, emotions and heart. If you have impulsive response, thus it is because you have an inner child driving you feelings and/or emotions. Most times these impulses will infringe on other people’s rights and may even hurt their feelings. This is at what time you unleash the leader inside you to gain control.

The problem is you have practiced obeying those impulses. The key is to practice to control your impulses by controlling your child within. The more you practice the more your emotions and heart, as well as your feelings stemmed from the heart and emotions will obey your commands.

A person that has not mastered his emotions will often make other people’s life miserable. Most times these people live for the minute, instead of taking it one day at a time. The person often views his/her loved ones as slaves while he/she dictates their every move. Sometimes the behaviors lead to excessive alcohol usage, drug usage, excessive eating, poor diet, tempers, uncontrolled emotions, and a saddened heart.

How can you overcome this behavior? You can turn those impulses and slaving emotions into a positive force. Now you are the slave of your emotions. You must take control of these emotions. This means you will need to develop that child within you and retrain the child so that he/she begins to see that maturity has to take place. It’s time to grow up child.

Impulses in itself are not a bad mechanism. In fact, we have impulses incorporated into our personality. In truth, it is a natural element. Impulses are inspiring mechanisms, motivating sources, and a force that communicates to our minds in an effort to promote actions. For instance, your friend asks you to go to the movies and your favorite film is showing, you impulsively say yes and rush out the door to go to the theatre.

You acted on impulse in this instance without forethought likely. Now, if you would have seated self, thought about the request, consequences and your surrounding responsibilities before responding, you would have commanded your emotions, mastered your thoughts and unleashed the leader inside you. The first scene shows your child coming to the fore, while the second scene shows maturity taking control. Unleashing the mind is a step in commanding and mastering the emotions.

Phobia – When You Can’t Just Get Over...

This site uses Akismet to reduce spam. Learn how your comment data is processed. 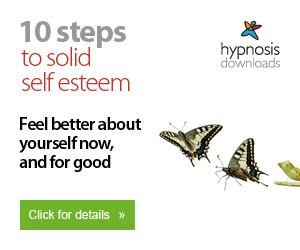 Get FREE Self Esteem tips sent to your email inbox

Sign up free using the form below to get your first self esteem tip instantly: